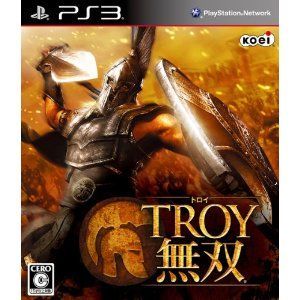 Two of the new soft released on May 26 are introduced here.

Can you become a hero of the ancient Greece!?
The motif of “TROY Musou” for PS3/Xbox360 is the war between Greeks and Trojans, which is said to break out about B.C. 1200.
“Musou” series, whose selling point is exhilarating action by Koei, and ancient Greek’s myths which is famous as the Trojan Horse are combined in this game; it may be called as historical action game.

Since the motif of this game is the ancient world, it contains not only the “ordinary Musou” system in which players fight against a lot of enemies, but also one-to-one duel system. This is a point; one-to-one serious battle enables its players to feel not only tension, but also unique exaltation.

There is one more thing differs from former Musou series. In contrast with former Musou series, TROY Musou contains rather crueler or more violent expression and more vivid description of spouting blood or bloodstained faces; please be careful if you don’t like them. 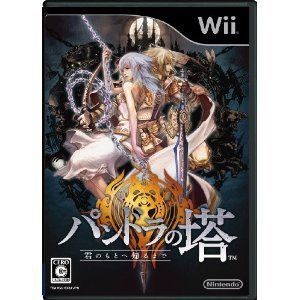 Curse, knot and vow
“Pandora’s Tower - Till I’m Back to You” for Nintendo Wii is a story of a boy and a girl.

The girl Ceres was put under “curse”, which gradually change the cursed into a beast as time passes. The boy Ende found that meat of the Master of beasts living in Jusan-Futou (Tower of Thirteen Menace) is necessary to break the curse. Ceres’s curse is always progressing; players can always check it while playing.

Ceres is being gnawed while players go ahead to kill the Master too, but progressing of the curse can be got back if you can kill Servants appear in the Tower, take their meat and give it to Ceres; players will have to choose to quickly go up the Tower and kill the Master or to go back once after killing a Servant.

Ende fights by Chain and a sword or a scythe. There are various traps in the Tower; Chain can be used to solve them, and sometimes used as a weapon. Sword and scythe have high striking ability; players have to use different weapons according to the time and circumstances, not to fight only by Chain.

The two recommends of the new soft released on May 26 are introduced. What did you think about them? If you are interested, please try them.

“Pandora’s Tower - Till I’m Back to You” official site

Amazon: “Pandora’s Tower - Till I’m Back to You”